Written by a young BC

Once upon a time there was a girl named Kaya. She had a grandma with a secret doorbell. Sometimes Kaya got a little crazy. One day she thought to herself, “I’ve got to get that doorbell. Not at sunrise, but a little after my bedtime. Tonight something will be discovered.”  Her grandma lived across a bridge, with a river under it. Otters lived in the river. Kaya would play in the water, with the otters. That night a little after her bedtime, she crept out and tip-toed across the bridge and into her grandma’s house. Her grandma told her where it was but not what it looked like. She ran down to the basement. She picked up the box and opened it. “Who’s down there,” shouted her grandma. Kaya dropped the box and ran upstairs. “I see you’ve discovered my doorbell that’s made out of real gold,” said her grandma. “Ya, I guess I shattered it, but I learned my lesson,” said Kaya. “Since you’re my granddaughter you’re not in trouble,” said Kaya’s grandma. “May I sleep over,” asked Kaya. “Sure,” said Kaya’s grandma. Kaya was never crazy again.

A Modern-Day Response by BC

So this week, we’re taking a look at a classic called “Grandma’s Doorbell,” which is about a secret doorbell owned by the grandmother of our protagonist Kaya. I suppose the first issue to address is this doorbell: what is so secret about it? In fact, what property of a doorbell could ever necessitate it to be secret? In what scenario would a doorbell require secrecy? I suppose this doorbell is not installed in grandma’s house (although it would be cool if it were installed, but the trigger of it was secret as well; find the trigger, figure out the secret of the doorbell! Perhaps it makes the sound of a unicorn’s neigh!). It is my theory, however, that the doorbell’s secret has to do with some magical bond with Kaya, because the very third sentence of the story states, “Sometimes Kaya got a little crazy.” We’ll come back to this theory later.

So Kaya can get a little crazy, huh? The author is very vague about this (clinically crazy? Does she had episodes? Can she control when she “goes crazy”? What happens when she becomes crazy?) but through a little context, we come to infer that Kaya develops an obsession with this doorbell due to her crazed tendency. She becomes fixated enough to plan to break into Grandma’s house under the cover of nightfall–but not without first reflecting on the friendly otters that live along the route to Grandma’s house. Maybe Kaya’s special bond with the otters is another element of her craziness. (Raised by otters? Her parents are never mentioned…) Kaya also has this hilarious “bad guy plotting aloud” moment where she looks forward to finding the secret doorbell and says to herself, “Tonight something will be discovered,” and, while it doesn’t say it in the story, I’m sure after saying this she laughed diabolically and rubbed her hands together.

Fortunately Grandma doesn’t have any super tech installed to prevent theft (and now all the readers are aware that it is so easy to break into her house that a young girl could successfully accomplish it) and so Kaya makes it into Grandma’s house alive (Grandma should really get those killer alligators installed, and if nothing else, at least a moat or some helicopter surveillance). Once inside, Kaya heads to the basement, where Grandma has apparently told her she keeps this secret doorbell. Kaya finds this doorbell pretty quickly, which Grandma keeps in some sort of box, except Grandma’s no fool and busts Kaya in the act.

Kaya, being a smart girl, responds immediately to Grandma yelling, “Who’s down there!” by running upstairs. Maybe she is terrified of her grandma and salutes as though reporting for duty. Maybe she’s just a normal kid and feels shame for being found out doing the “wrong” thing, because she doesn’t want to get scolded. Grandma knows right away what’s up though, and calls out Kaya for finding her doorbell, which we now find out is made of real gold! And Kaya, hilariously upfront, responds, “Ya, I guess I shattered it,” presumably having dropped it when Grandma startled her just a moment ago. (I know what you’re thinking: gold wouldn’t shatter. Well, have you ever considered that maybe Grandma was lying? She goes out of her way to say “that’s made out of real gold,” but maybe it’s made out of glass and merely painted gold. If Grandma’s hiding secret gold doorbells to test her granddaughter’s loyalty, then maybe lying isn’t out of character for her.)

The best part is that Grandma isn’t even phased by the fact her granddaughter just shattered her supposedly gold secret doorbell (after breaking into her house in the middle of the night) for the sole reason that Kaya is her granddaughter. So what does that mean? We can’t be angry with family? We’re supposed to let slide horrible betrayals of trust just because someone’s our granddaughter? Or maybe Grandma set her up, and so nothing that actually happened was surprising to Grandma: maybe she left the front door unlocked, she laid out the box in the basement, and timed it to “discover” Kaya right after she found the package. Was she trying to teach Kaya a lesson? Or test her?

Because Grandma isn’t even mad, and then Kaya has the audacity to ask if she can crash at her place for the night (since she’s there anyway) and Grandma’s okay with it! As if Kaya doesn’t have it in her to betray her again!

The story ends with this mysterious line: “Kaya was never crazy again.” Why? Why was breaking into Grandma’s house (and not even being punished for it) enough of a big deal to cause the ultimate end to her craziness? My theory is that the secret doorbell was somehow enchanted or magically tied to Kaya… Maybe it was cursed, or it was cursing Kaya, and Grandma had possession of it but wasn’t able to break the solid gold doorbell on her own, because no mortal could break it and destroy the curse. The only person who could destroy the doorbell and break the curse was Kaya, and so Grandma tempted Kaya to be so curious as to “break into” her house and find it, and then destroy the solid gold doorbell on accident, which Kaya could accomplish because she was the chosen one with the power to break it! And because Kaya broke it, she ended the curse and the craziness was erased!

That’s my theory anyway. I’d have to consult the author for the true underlying action of the story to be sure. I wonder where I could contact her. Anyone have a time machine?

Make sure to follow Slanted Spines on Instagram @slantedspines and also like my page “Slanted Spines Blog” on Facebook! Also, my clothing sale is still going on for only 11 more days so don’t forget to score your own Slanted Spines merch! Click the link here to check out styles and colors! 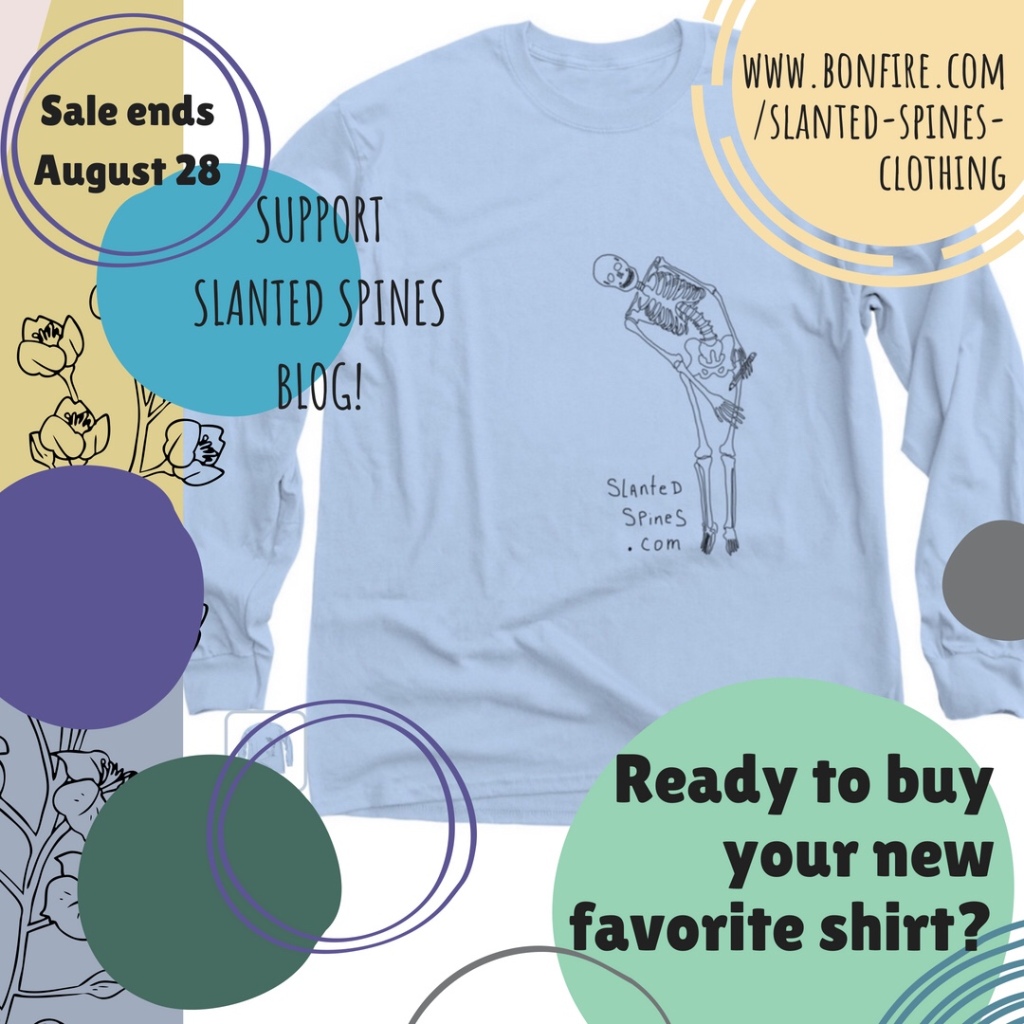 © BRITTANY COLE AND SLANTED SPINES, 2015-2023. UNAUTHORIZED USE AND/OR DUPLICATION OF THIS MATERIAL WITHOUT EXPRESS AND WRITTEN PERMISSION FROM THIS SITE’S AUTHOR AND/OR OWNER IS STRICTLY PROHIBITED. EXCERPTS AND LINKS MAY BE USED, PROVIDED THAT FULL AND CLEAR CREDIT IS GIVEN TO BRITTANY COLE AND SLANTED SPINES WITH APPROPRIATE AND SPECIFIC DIRECTION TO THE ORIGINAL CONTENT.